Tales of a Ug Cricket Fan: How The Cricket Cranes Will Get To India In 2023!
Share This

Majority of Ugandans are familiar with the phrase ‘Vision 2040’. It is based on a thirty-year development plan for our nation that the president released in 2013. It was one that was received with both praise and criticism by the general public – however, based on this plan, it is expected that by then the Pearl of Africa will have attained midro-income (sic) status by the year 2040. So when the International Cricket Council (ICC) released some big news last weekend, the similarity in reactions between this and vision 2040 was uncanny!

Last Saturday, the new pathway for ICC members into the 2023 Cricket World Cup (CWC) was released and social media was abuzz with all kinds of reactions. I was particularly interested considering the steps I have been taking towards understanding the big leagues, from hypothetical theories to a tentative pathway based on the 2019 CWC, but all my efforts were in vain because that was rendered obsolete with ICC’s latest media release! Details https://www.icc-cricket.com/media-releases/881375

The process that my beloved Cricket Cranes will need to make to get into the 2023 CWC may have changed but the dream still remains, and in case you have not seen it yet, I will breaking it down, looking at the differences between the current and last pathway, as well as the positives and negatives, particularly towards associate members of the ICC.

In the picture below we see the new pathway to the CWC 2023. There are basically three categories spanning a period of over four years.

Three qualification formats. Unlike the previous pathway that had two main formats, the 2023 CWC will have three namely:

This tournament also sorts out the problem of the long drag in games between associates outside division two, which had teams play just about five games over a two year period. With only possibility of more matches if the team was either promoted or relegated. This time round, matches for the 12 teams will span a little over two years with fifteen fixtures for each.

Another plus here is that there will be no more relegation worries! Basically the twelve teams will have a round robin tournament in their respective groups, and the best in each (with the highest points) will proceed to the CWC qualifier playoffs, joining the bottom four from the ICC WCL Two. Like the aforementioned group, the Challenge League will get an upgrade of its own, from other 50 over matches to A-List status. This is similar to the domestic one-day league status in test playing nations.

The best two in the play offs then the join the 8 teams in the CWC qualifiers to battle it out for two spots! Hectic, isn't it?

Exclusive 10 team world cup. How ironic that the one thing that drew me to the sport way back in high school is more or less nowhere to be found in the big leagues! I was drawn to cricket not just because of how fun it looked but mostly because it was inclusive.

When two senior players on the school team approached me that Saturday morning as I was doing my laundry and told me more about the beautiful game (not soccer this time) that I'd just learnt about in PE class, I was shocked that a chubby and unfit Faith had a chance to actually play a sport! But that day those two ladies, invited me to join them for training that afternoon and I have loved it ever since! So imagine how heartbroken I felt when I found out that the CWC is only 10 teams!

Fans, cricket journalist and analysts alike took to twitter to express their frustrations at ICC's insistence on a 10 member world cup. One Cricket Fan actually insists on calling the CWC a ten- member Cup, and many are inclined to agree! Previously, the CWC hosted as many as sixteen countries, but that was until 2007 and the number has remained at ten ever since. Even with the inclusion of the most recent test nations Afghanistan and Ireland in 2017, the same 10 team will play in the CWC 2019 which means that there will be at least two test nations that will not feature in Cricket's biggest tournament. Nice.

A comment from @peterdellapena in response to a fan's question on the possibility of a more inclusive CWC left me particularly intrigued. He said,

"Best way to make that happen is Ireland, Netherlands, Afghanistan finishing in top 8 of new super league + Scotland and Nepal claiming last two WC spots via the World Cup qualifier. Test nations will not consider expansion of the World cup until several of them (WI, SL, Pak) fail to qualify." I honestly agree.

Associate's scramble for two spots. Unlike the colonialists scramble for Africa that had seven nations scramble for an entire continent, the CWC will have a reversal of events; with thirteen members competing for eight spots while the rest of the nineteen teams compete for just two. Yes, seriously.

And if that isn’t unfair enough, the non ODI associates strain the most. Unlike the Super League and WCL Two, who get second chances, it’s a one way trip for those in the Challenge League – you either win and proceed to the play offs or it’s adios until next time.

What could this mean?

Social media (particularly the twitter cricket fraternity) was buzzing with reactions from this news, some in praise while majority in criticism (like Vision 2040). Some were even abusive, but you wouldn't want to read those, would you? I thought so.

But this aside, a number of analysts and journalists took to the ‘stweets’ (twitter streets) to analyze this pathway and a number of things were unearthed a number of things, and for a budding fan like myself, some were Greek to me like the I-Cup or Intercontinental cup, A-list status among other things, but I managed to pick out a few important comments regarding this new 2023 CWC pathway:

Uganda finally gets her chance. One thing's for sure, the Cricket Cranes are definitely in the running for the 2023 CWC. They have two options; either make it to Division two this year, or play in the Challenge League. This therefore makes the upcoming Division three tournament a big one! Assuming Uganda is promoted this year, they would participate in the WCL 2! However, like our Science teacher used to say, ‘the higher you go, the hotter it becomes’. This is a modified version of the popular phrase “the higher you go, the cooler it becomes” where our teacher used it in reference to how tough things get as you go higher academically. Something the Cricket Cranes will have to keep in mind in their pursuit for promotion!

Fate of teams outside the league. With only thirty-two out of one hundred and four teams participating in one of three tournaments, a number of fans were concerned about the rest of the teams beyond the five divisions and how they would get to participate. @Czarsportzauto on Twitter stated that such teams would have to participate in ICC Challenge playoffs to compete for entry into the system. However, this play off tournament has not been established yet, thus teams like Tanzania, Nigeria or Ghana could miss out.

Cricket, cricket and more cricket! Associates have usually been neglected especially if a team has been relegated, having only to play to be promoted, but with the new structure, each team will play another for a period of 27 months, which means the dry spell is over, come 2019! One downside to this is, only associates can play amongst themselves, except if they qualify for the playoffs will they meet ODI nations. Which brings me to another point...

Why the exclusivity?  It goes without saying that it will be a tough row to hoe, for associates this time round. I have always asked myself why test nations get all the perks. Like many I wonder whether the big leagues want to actually grow the sport or keep things the way they are. Someone once told me it had something to do with keeping the quality of the sport and what not and much as I agree that quality games can be a valid reason, I feel it's pretty selfish!! For goodness sake how is a ten team world cup, a world cup when there are 104 cricket playing nations? That’s barely 10% of the world in the tournament! 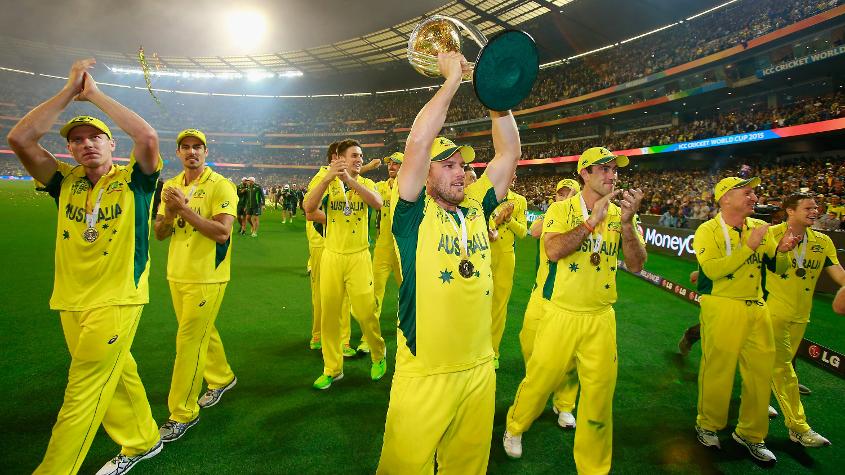 Secondly, it seems like Afghanistan and Ireland will be the last two nations to join the test players on the playing field for the time being, since the I-Cup is more or less gone. The I -Cup was a tournament that associates competed in in a bid to attain test-nation status. According to the media release, there will be multi-day format and much as it will be open to all who have played in the tournament before, as well as those in the WCL, there will be cost sharing, which could mean that the teams that want to participate will have to cover part of the costs - something that will not only be expensive but push out many willing participants, leaving just a few, probably 5 or 6 teams.

More good news. One more thing is that the world T20 or the World Cup T20 tournament has seen a change. It was confirmed that there will be a qualifying event in all five ICC regions with the top team in each region progressing to the ICC Women’s Cricket World Cup Qualifier / ICC Women’s World T20 Qualifier. This changes the qualification to the 2021 ICC Women’s World Cup which will now see the hosts plus the top four teams from the ICC Women’s Championship qualify directly whilst the bottom three teams in that competition will join Bangladesh, Ireland and the five regional winners in the Qualifier. Additionally, it was confirmed that there will be an expansion of the ICC Women’s Championship to ten teams in the next edition, meaning all ODI sides will compete in the league. And with the removal of entry fees, more can participate!

TBC. I bet some of you either overlooked the ‘TBC’ next to the 10 teams in the ICC CWC or just plain didn’t notice it! There are speculations that this could either mean a possible revision of the 10 teams or a ploy by the ICC to keep the fraternity in good graces with the associates and associate sympathizers.

The possibility of an increased 2023 CWC 2023 would delight so many, and it was why a number of us (me inclusive) choose to have hope. But will such an exclusive ICC actually do so? We can only wait, and thankfully 2019 is not very far. For now, I will charge myself up for the Division three in Oman. Kenya, USA, Denmark, Oman, Singapore and Uganda will all be battling for two promotion spots; a ticket out of the Challenge league. The Cricket Cranes have an uphill task! But with the significant improvements in recent international games so far, I have no doubt that they are ready for the challenge, inspired by Vision 2023.